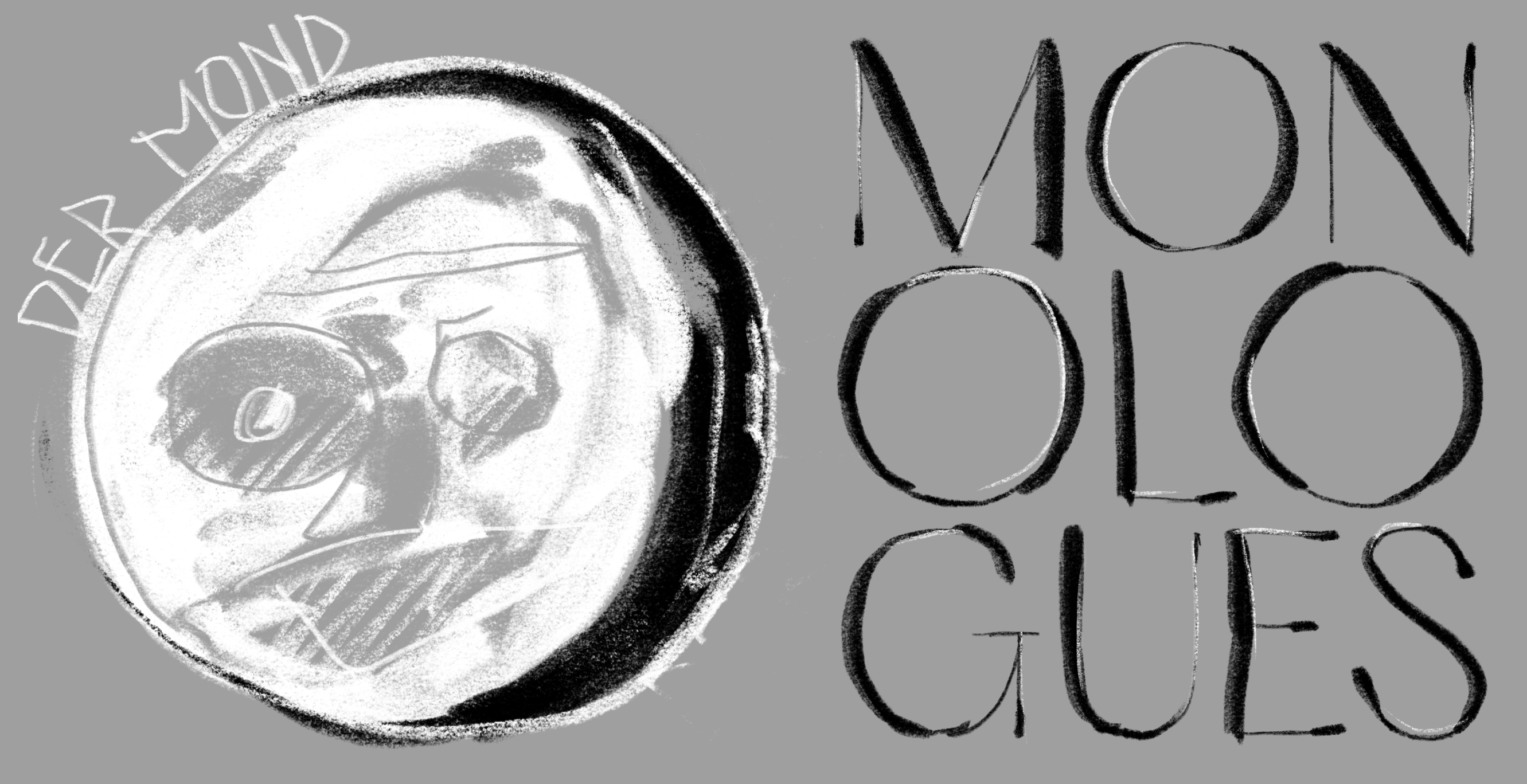 Join us for this theatrical chamber music concert where text and imagination trace a path through the world of the night.

MONOLOGUES weaves new poetry, chamber music, song, and improvisation together to lead listeners into the world of dreams. With works by Schubert, Poulenc, Lori Freedman, Ana Sokolovic, Robert Schumann, Kaija Saariaho, Mahler, Crumb, and others, MONOLOGUES features repertoire that spans over 350 years. Bringing together the familiar with the unusual, this performance creates an imaginative space for both traditional and adventurous listeners.

MONOLOGUES will receive two performances. The first in Hamburg on February 26th, followed by a second performance at the Kühlhaus Berlin on March 2nd. Both performances will take place at 17:30.

Tickets on sale now at:

Originally planned for early 2020, MONOLOGUES has been developed in close collaboration between the artists over the course of the COVID-19 pandemic.

In 2019 Ema Nikolovska was selected as a BBC New Generation Artist and was a prize-winner at the YCAT International Auditions held at Wigmore Hall.

In the same year she won 1st Prize at the International Vocal Competition in ‘s-Hertogenbosch, the Ferrier Loveday Song Prize (Kathleen Ferrier Awards) and was a prize-winner at the YCAT International Auditions.

Over the last year Ema has given recitals at the Pierre Boulez Saal, Wigmore Hall, Verbier Festival, the Elbphilharmonie Hamburg, Schubertíada Barcelona, Leeds Lieder and Berlin Konzerthaus, collaborating with Malcolm Martineau, Wolfram Rieger, Thomas Hampson, Graham Johnson, Sir Andràs Schiff and Barry Shiffman, among many others. She also performed Stravinsky’s Pulcinella with the Musikkollegium Winterthur conducted by Barbara Hannigan and recorded a live concert for the Vancouver Recital Society.

Daniel Gerzenberg is a poet and a pianist.

As a poet he writes about identity, sexuality and trauma.

As a pianist he searches for direct expression and communication of emotions.

This is why he works with singers at the cross line of text and music: as a song pianist.

In order to create new songs, he improvises them with singers on the basis of contemporary poetry.

He works with actors and stage directors in the field of musical and spoken theatre.

Sometimes he recites his poetry and sometimes he improvises music to it.

And art song at the Universität der Künste Berlin.

In general he is a happy person.

Hailed for his “technical prowess [and] perfect conveyance of…wit, humor, and effect” (Sarasota Herald-Tribune), clarinetist Brad Cherwin is one of “Toronto’s best young chamber musicians” (Bachtrack). His playing has been lauded as “astounding” and “a total success … as flexible in tone as possible” (Calgary Herald). Cherwin is a winner of a 2019 Dora Award for his performances as solo clarinetist in Claude Vivier’s Kopernikus with Against the Grain Theatre.

Highlights of Cherwin’s 2021/2022 season include performances of Mozart and Schumann at the Stoughton Chamber Music Festival, performances with Barbara Hannigan as an Equilibrium Young Artist at the Lunenburg Academy of Music Performance, and recitals in Germany at the Tonali Saal (Hamburg) and Kuehlhaus Berlin.

Cherwin is the co-director of The Happenstancers, a Toronto-based ensemble that features “an obscene amount of talent” (The WholeNote). Their concerts have been praised as “superbly planned, with a rich banquet of textures and colours…Next time these people throw a recital, run, don’t walk” (Lydia Perovic, Definitely the Opera).

We gratefully acknowledge the vital support of the Canada Council for the Arts, the Verbier Festival, Barenreiter, and Bechstein Pianos in the creation and presentation of this work.